Industrial workplace cooling for all occasions – efficient and economical

Workers are demanding a pleasant temperature - completely independently of legal regulations. And it's about more than just temperature. Clean air that is perceived as fresh and no annoying draft air - all this is what makes the workplace of the future: the concept of comfort is being introduced into halls. 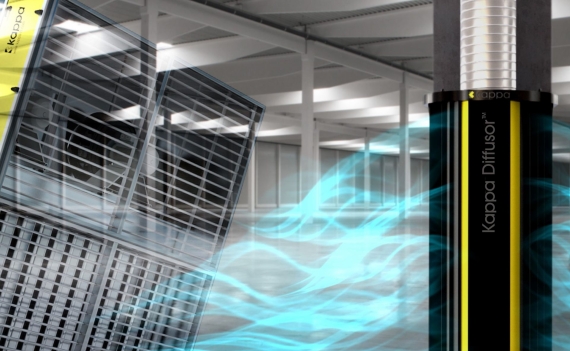 Cooled workplaces in steel construction in a cool company

So far, hall cooling has not been an issue in steel and sheet metal construction. One Kappa customer didn't see it that way. The installed Kappa solution recently started supplying the welding hall with cooled, fresh air. The result: production is now more pleasant in summer than in the offices. 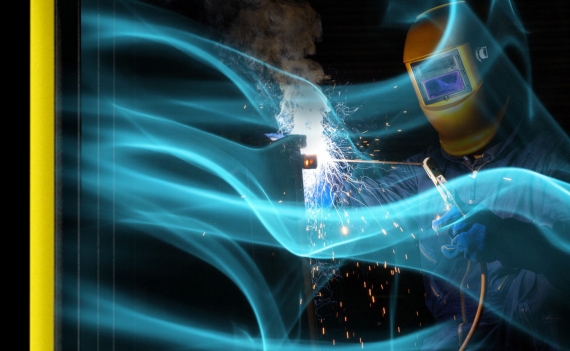 When it comes to ventilation and air-conditioning technology, one still thinks primarily of heating and ventilating for industrial plants. The topic of cooling, however, is becoming more and more important. High-precision processes require precise temperature control, performance depends on a pleasant temperature and, last but not least, workers demand a cooled workplace. 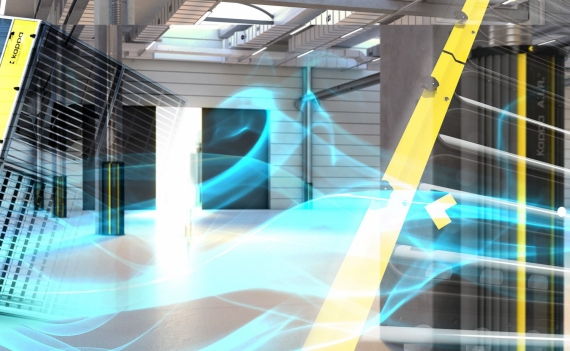 Why the foundry Lößnitz has invested in modern filter technology?

The Lößnitz foundry has a long tradition, good customers, but, unfortunately, it has also had an increasingly dissatisfied neighbourhood. When casting the huge tools it manufactures, fine dust and unpleasant odours are also produced, which pollute the environment. The residents were fed up with finding greasy soot on their laundry, windowsills, cars and garden furniture, and were commonly bombarded with unpleasant odours. When a decision was made to expand production in 2014, it became clear that the burden on employees and the neighbourhood had to be massively reduced. Kappa then developed a tailor-made system that efficiently and economically separates fine dust, soot and odours. The foundry is proud of it. The system is one-of-a-kind in Germany. 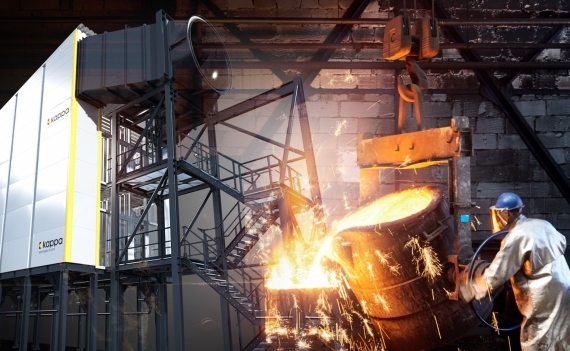 How can higher air quality be achieved with less space and greater economy? 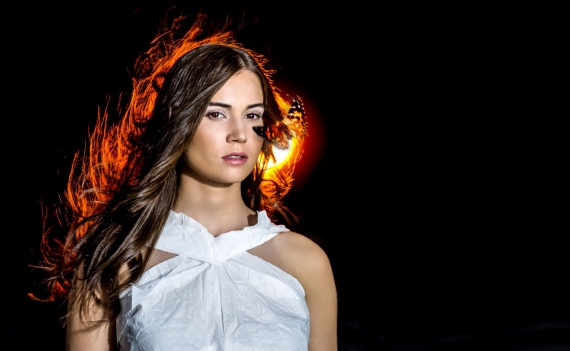 When bag filters have reached their limits: The time has come for Kappa Ekon®

The filtration of fine dusts is a complex procedure. Conventional bag filters quickly reach their limits due to the large capacities required for this task. The Kapa Ekon® de-dusting system provides an alternative: It can handle both coarse dust and fine dust: the modular system reduces space requirements, reduces energy consumption, and significantly improves clean gas values. At the core of the innovation lies an intelligent air guidance system and the integration of system-relevant peripherals. 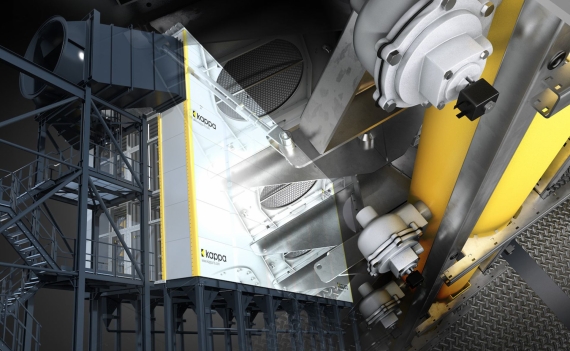 A strong "cocktail" of emissions – the economic separation of emission mixtures 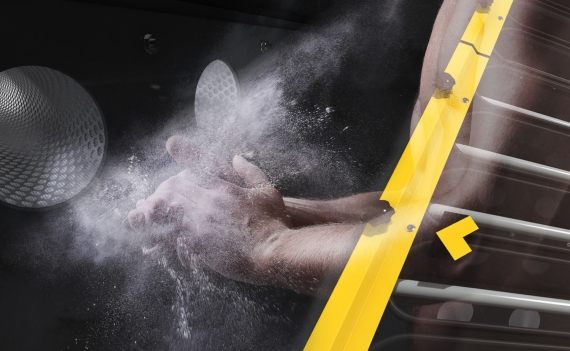 The transition period for general dust limits in Germany has expired

In addition to the risk of fire and explosion, a major focus is placed on the health hazards associated with inhalation. Particularly dangerous are the smallest dust particles, the so-called A-dusts (alveolar dusts). These dusts can penetrate into the alveoli in the lungs. In Germany, the transitional period for the general dust limit expired at the beginning of 2019. 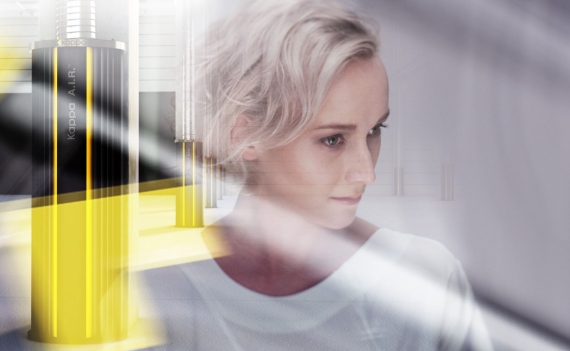 At the company Stiwa in Gampern, Upper Austria, chips are produced. The demand for automation solutions and precision parts for the automotive industry is high. The construction of the new hall means bundling the competences around the machining production. This will create valuable jobs in the region. Kappa has contributed to make the workplaces in the new machining hall attractive, clean and safe. 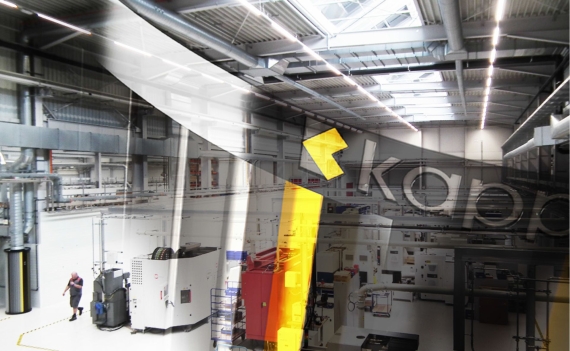 The creative video production “Breathing air for industry” was awarded on 12th April at the State Prize for Corporate Film. Clean air is not always visible and tangible. And hopefully it is always available. The film “Breathing air for industry” represents the topic of clean air in industry emotionally. We always tend to rely on technology, although we should show the experience for the people. The essence of the film shows the magic of clean air. 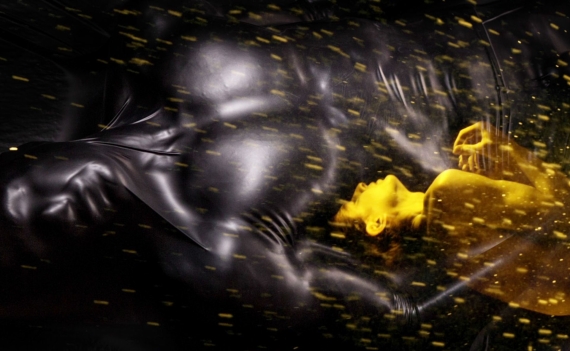 Industry of the future – the Kappa image video

The design of the workplaces is a location factor and a decisive building block for employer branding of each individual company. The industry of the future is giving itself a completely new look – clean, attractive and secure workplaces are a must-have. 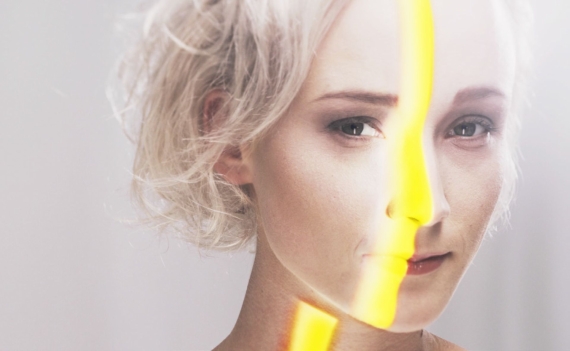 Automation technology has a decisive influence on the function in air technology. Each individual system component is dependent on an intelligent control system in order to provide full performance. If several ventilation systems work simultaneously, they have to communicate with each other via an intelligent automation solution. Kappa Zeromatic® offers a holistic solution. 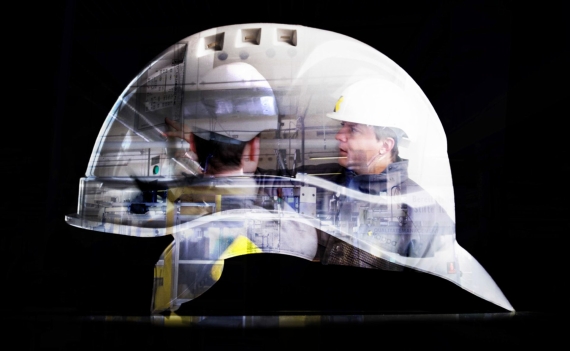 The creative video production Kappa A.I.R.TM was awarded at the film forum Linz on November 15th, 2018. 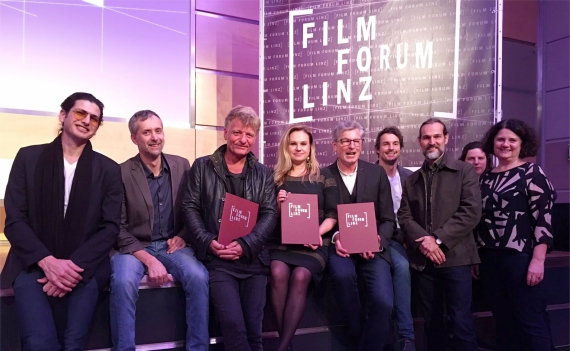 The Kappa Zeron® represents a completely new and internationally patented technology when manufacturing large filter systems. For the first time, the intelligent design made of solid concrete panels makes it possible to integrate all functions and the entire airflow into one filter building: from the pre-separator to the filter chambers to the chimney. 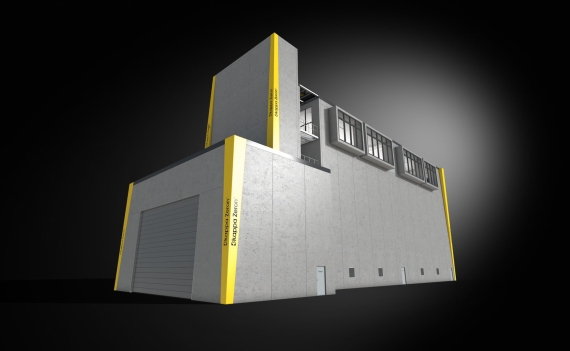 The innovation Kappa Zeron® was awarded on October 30th, 2018 at the Innovation Award of the Province of Upper Austria with an excellent 3rd place. 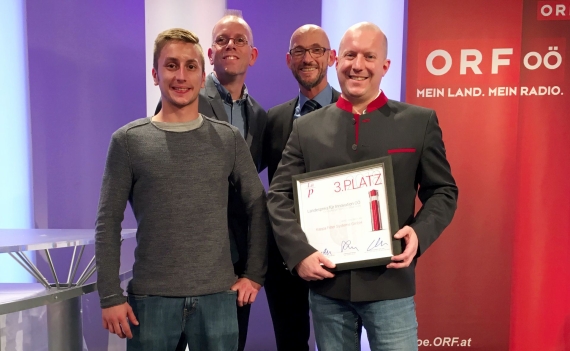 On Friday, September 21st, Kappa celebrated its 25th anniversary with all its employees, partners, companions and the public at the Museum Arbeitswelt Steyr. The motto was: “The day when it is all about good air”. In three sections, the evening presented a strong breeze of future trends from industry, innovation, science and entertainment. 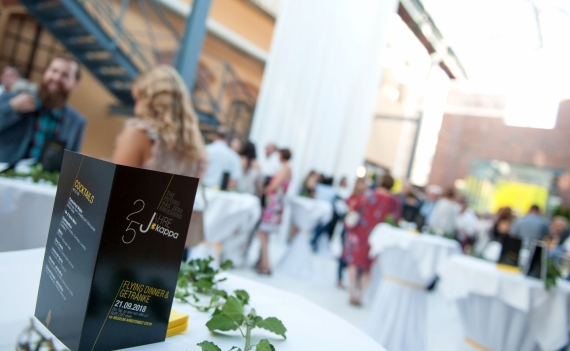 The video production Kappa Mykron® was awarded the “Silberne Viktoria” at the International Business Film Award 2018. The jury was particularly impressed by the creative script, the aesthetic implementation and the pointed value proposition of Kappa Mykron®. 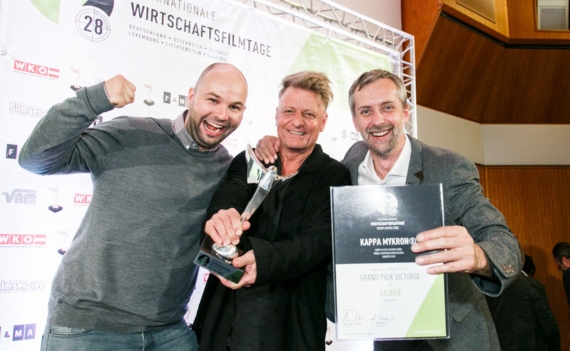 Primetals Technologies and Kappa Filter Systems will cooperate in the future in marketing and sales of dust collection systems for the iron and steel industry as well as in their further development and research. The cooperation agreement will initially run for five years. Primetals Technologies is a company that specializes in plant engineering for the metal industry and is headquartered in London. 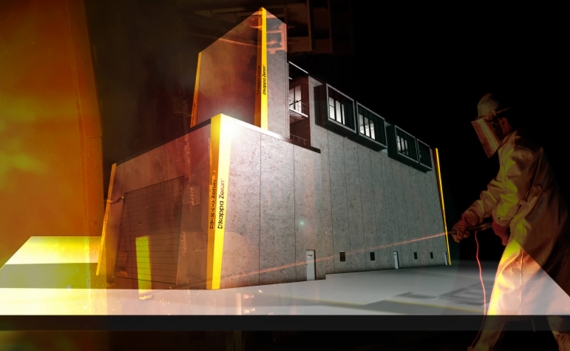 Stahlwerk Bous in Saarland, which has been operating for more than 130 years, has invested in a new Kappa large-scale dedusting system. The Kappa Zeron® dedusting system is designed for an air capacity of 1.3 million cubic metres per hour at a raw gas temperature of 105°C. The filter system is currently operated at 1.1 million cubic metres. The Kappa Zeron® separates 24,000 kg of fine dust every day. 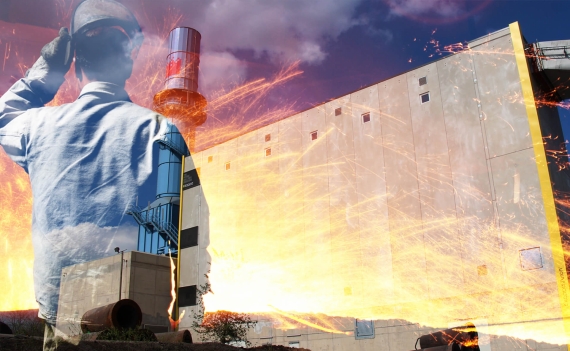 Determining the amount and dispersion of industrial emissions is often very complex. In very few cases, measurably verifiable sources are available. The collection technology and extraction systems are often planned on the basis of empirical values. 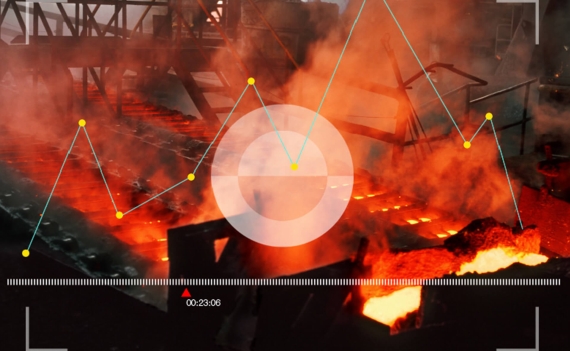 Kappa wins the innovation award ie:ku – We focus on emissions

The Future Has Zero Emissions. This is Kappa’s credo. And to ensure that the industry really detects all emissions, Kappa has developed the innovative Video-Fluid-Dynamic (Kappa VFD). The Kappa development team was awarded the innovation prize ie:ku 2017. 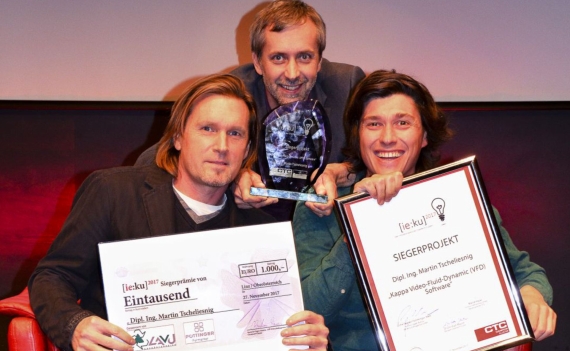 Start of the health campaign KappaFIT

Kappa launches a comprehensive employee health promotion program. The program is called KappaFIT and is based on three pillars: nutrition, exercise and mental strength. The vitality and creativity of the employees should be strengthened and the working atmosphere should be sustainably positive. 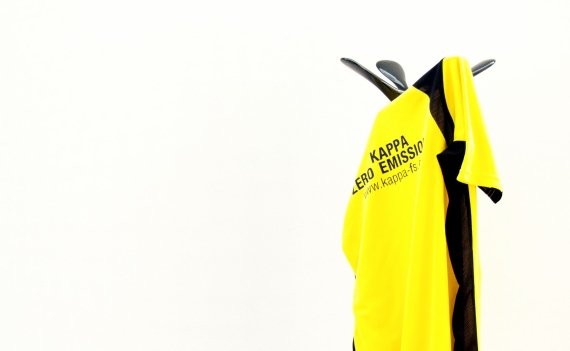 Extreme hustle and bustle, fast, intuitive actions, numerous sources of danger, partnership and trust in the functionality of the equipment! Everything must go hand in hand, every measure requires extreme precision and everything against time! Reality or fiction? For our firefighters it is their daily bread, often practiced, but in practice always different, multi-faceted and dangerous. Doubtlessly, firefighters are exposed to a large number of health hazards. However, some of them are assessable. Those need to be eliminated. Diesel exhaust gases from emergency vehicles in the fire station represent one of them. 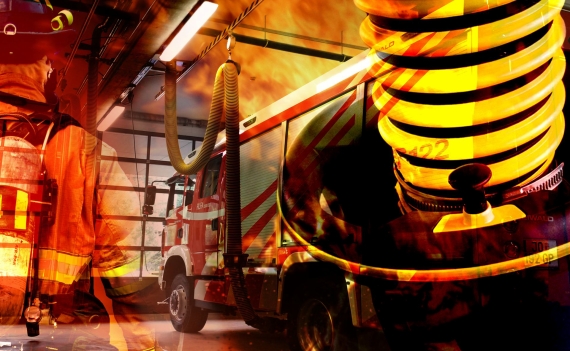 The art of metal grinding without grinding dust

In the past it was usual to give every piece of work an own artistic touch. Only then it was perfect. In times of serial production this is hardly possible. In metal grinding, however, the love for details can still be found in a way, which it is only found in handicrafts. The perfect surface after successful metal polishing paired with the individual touch of the processor still makes the component appear as a work of art with recurring patterns and a vivid surface.

Explosion protection and its legal basis during grinding

The subject of explosion protection is often encountered when grinding metals and plastics and is extremely complex. For example, grinding dusts made of aluminium, magnesium, titanium or composite materials are considered explosive. We have structured the legal basis for you in an easy understandable way. 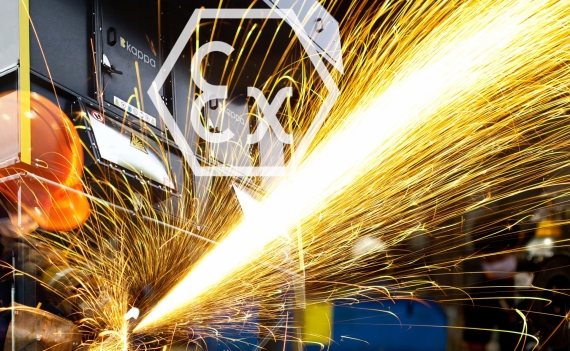 Cookies help us deliver our services. By using our services you agree to our use of cookies. Read more

Using a QR code scanner app on your device, you can scan the image to the left and go straight to this site on our website.